Welcome to Springtime and Witch Quickie Wednesday!
Today it’s time to find out what’s new here, and believe me, there’s definitely a lot that’s new. Can’t wait to show you. Enjoy this short film and let me know what you think.

By the way, if you’d like to learn about witchcraft, be sure to sign up for The Academy of International Witch-Crafting©. Courses are only a $50 donation.
Send a short request message to me at: aiwc@web.de

If you’d prefer not to take the whole course, not a problem because I’ll customize a particular course (or courses), for you that you can pick out from the following:
* Herbal Healing Magick
* Candle & Color Magick
* Money Magick
* Self Defense/Protection Magick
* Self-love Magick
* Relationship Magick
* Kitchen Magick
Let me know by sending me your request to:
aiwc@web.de
Donation prices may vary.

To book an Angel Card Reading or a Tarot Card Reading, click the link below:
https://witchcraftandmore.com/divination/ 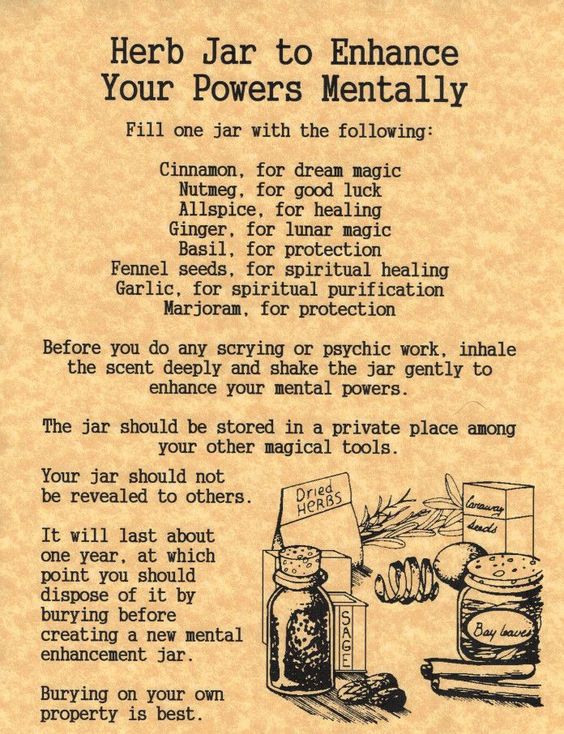 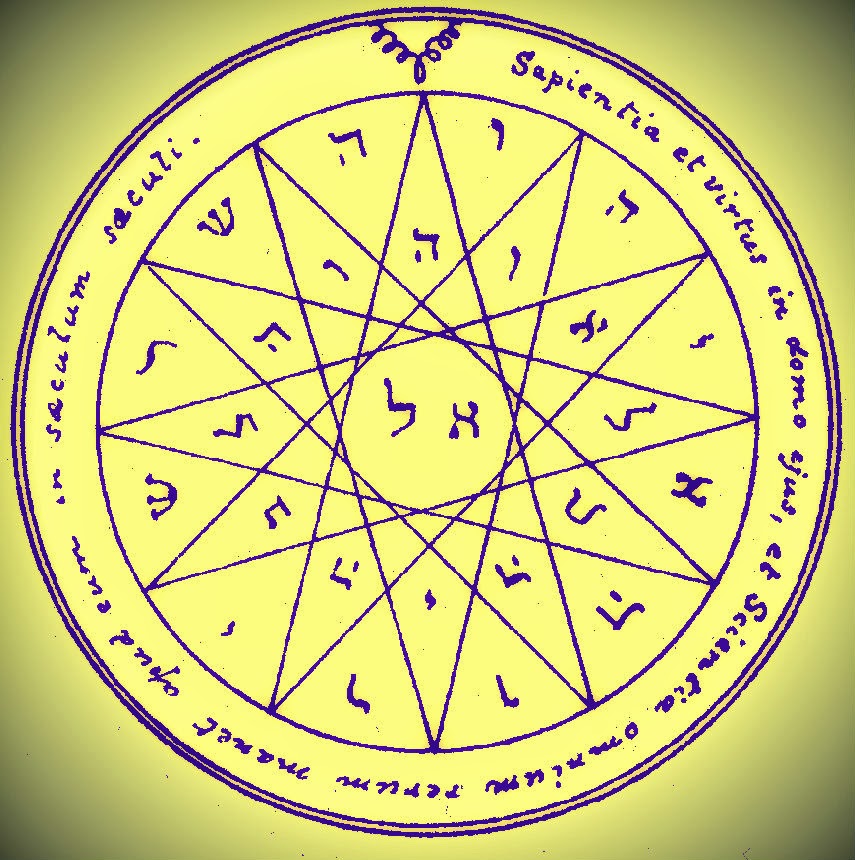 The 4th Pentacle of mercury- Seal of Solomon

Continuing from the previous post of aligning with Universal Powers for effective magickal practices…….

In this post I will be discussing the 7th of the Sacred Seven (in no particular order) that I have been mentioning in the previous posts.

Here I will be talking about the final planet of the sacred seven and not in that order, the planet Mercury. Ruling over Gemini and Virgo it is the planet that influences the intellect and of communication and therefore the element of air.

Mercury the planet is androgynous and neutral, it is neither masculine nor feminine, neither positive nor negative, taking on the qualities of whatever aspects it comes into contact with.

In the Ancient Roman World Mercury was the equivalent of the Greek God Hermes. The swift-footed messenger God traversed between the upper and lower worlds and his origins can be traced back as far as 13th– 15th Century BCE.

The many associations of Mercury include that of fertility, communication that include writing, messengers, trade, luck, and thievery. He was the patron saint of merchants, business people that were involved in all types of trade. The staff of Hermes, the Kerykeion is recognized as a symbol of trade and commerce and not that of medicine.

As the God of Medicine Aesculapius and His Rod is attributed to the arts of health and healing.

In the ancient Egyptian world he was connected to Thoth that is also connected with communication and responsible for writing the Emerald Tablet.

Due to Mercury’s speedy elliptical orbit, Mercury often appears to be going backwards, with frequent retrograde motions of about 3-4 every year. The good news is that these retrogrades are short lived, the bad news is that when they are in that motion they can at times wreak havoc in your life. Caution in signing contracts, breakdown in communication, avoid surgery, avoid travel, heightened anger, frustration, anxiety and of course the list of all your insecurities goes on. Now the majority of the time such retrogrades go unnoticed, that is until something happens in your life, then there is always Mercury retrograde if it does.

If you are familiar with spell work you can try this to draw the positive aspects of Mercury during its retrograde. It encourages harmony, balance, protection and healing is such tumultuous times.

‘My mind is a fortress, backwards Mercury, shall cause no deceit, nor damage. The light and stones shall save me’.

Below is a beautiful hymn or prayer to the great God Mercury- Hermes. Use this if you want to invoke the energy of Mercury- Hermes, use the planetary magickal correspondences for extra guidance and remember as with any spell work to understand, observe and respect the energies that you are working and drawing from and with.

The Fumigation from Frankincense.
“Hermes, draw near, and to my pray’r incline, angel of Jove [Zeus], and Maia’s son divine;
Studious of contests, ruler of mankind, with heart almighty, and a prudent mind.
Celestial messenger, of various skill, whose pow’rful arts could watchful Argus kill:
With winged feet, ’tis thine thro’ air to course, O friend of man, and prophet of discourse:
Great life-supporter, to rejoice is thine, in arts gymnastic, and in fraud divine:
With pow’r endu’d all language to explain, of care the loos’ner, and the source of gain.
Whose hand contains of blameless peace the rod, Corucian, blessed, profitable God;
Of various speech, whose aid in works we find, and in necessities to mortals kind:
Dire weapon of the tongue, which men revere, be present, Hermes, and thy suppliant hear;
Assist my works, conclude my life with peace, give graceful speech, and me memory’s increase.”

Basil is the king of herbs. Here we enter the land of royalty in herb law. The word origins come from the Greek word meaning king or emperor.

A member of the mint family, basil is native and spread throughout the tropical regions from Central Africa to South East Asia. Its texture is tender with a pungent intoxicating aroma that is used in cuisines worldwide.

The Many Beliefs of Basil

The many beliefs about the herb ranged and ranges from, the ancient Greeks placing it in the hands of the dead to ensure a safe passage to the underworld. In India it is dedicated to the Gods Vishnu and Krishna. In ancient Egypt they would embalm their dead. In Mexico it is carried around for prosperity and wealth. Ancient Greeks and Romans believed that it was a symbol of malice and lunacy. Pliny a Roman scholar believed that it was an aphrodisiac, it was not only given to animals for successful reproduction but also used as an herb to welcome love among couples. Basil is also gifted to new homeowners and new business owners as it attracts prosperity.

Very easy to grow basil can be grown indoors on a sunny windowsill or outdoors in a sheltered sunny position.

Try this recipe by clicking on the link below:

The volatile oils present in the herb has many healing properties. Used in a variety of culinary preparations some of the benefits of basil include:

As if the above is not magick enough. Here I will be briefly mentioning some of its metaphysical properties. According to Paul Beyerl, Basil is associated strongly with Dragon-like Basilisk and its contemporary association with the salamanders and dragons. It is used to invoke astral and mythological creatures. One can burn basil to invoke these creatures to assist in advice, inspiration and protection.

Basil has been planted upon graves and used as incense in the ritual of the dead. I suppose this goes back to the above mentioned ancient Greeks sending off their dead with basil in their hands. I love using this herb as incense during Samhain.

One can use basil in a fertility spell work, to enhance psychic vision and used in a mojo bag for protection. 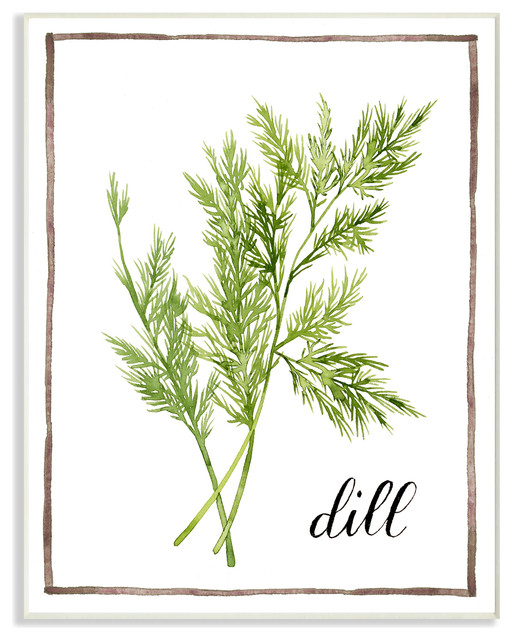 In this article I will be introducing the delicate yet highly aromatic dill.

Dill is a member of the Parsley family and not too distant relative of fennel. I often use the two interchangeably. Although it is indigenous to Asia, it is cultivated now all over the world.

You can sow this seed annually in rich soil, sheltered from strong winds because of its delicate disposition. You can plant it next to cabbage or onions but NOT next to carrots as the dills root extractions can harm the carrots. Companion planting is always advisable in any garden.

It is packed with Vitamin A and rich in Vitamin C. It can assist with insomnia, diarrhea, menstrual and respiratory disorders. It can boost your immune system and act as an anti-inflammatory. It is often mentioned in assisting with arthritis because of its anti inflammatory affects.

Making Dill Butter: Beat plenty of chopped dill and a little lemon zest and juice into softened butter, shape into a log, wrap in foil or cling wrap and chill. Slice and serve on top of steak, lamb chops, fish or vegetables.

Because of its freshness and wonderful medicinal properties, when served up to your guests it can bring on a feeling of well-being.

Dill is an herb for protection it has been used to repel negative energies and black magick. It promotes clarity of mind and gives strength to reason. It’s also been used for falling prey to the beliefs of superstition. In the home and kitchen it can be used for protection and blessings.