Few animals are so steeped in mystic lore as the snake or serpent. Simultaneously feared, revered, worshipped and shunned, the snake has an archetypal power over the human psyche that bridges cultures and tunnels back through time. The repulsive yet mesmerizing power of the snake exists in full force today, in people’s phobias of, and fascination with, these ancient reptiles. In the Garden of Eden, the snake was a symbol of evil and temptation, a mouthpiece for the devil himself, hissing encouragement of sin and carnal knowledge to Eve and Adam. 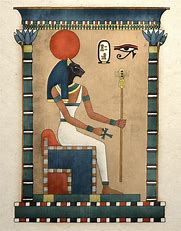 To view more pictures of this goddess on bing.com please click on this link: Bast or Bastet Pictures

Did You Know?
While there are many lion gods and cat goddesses in ancient Egyptian religion, Bastet is the only god or goddess represented as a domestic cat.
Considered as the goddess of warfare in Lower Egypt, ‘Bast’ was known as ‘Sekhmet’ in Upper Egypt, who was also a lioness deity of warfare. However, during the Third Intermediate Period and by the 22nd Dynasty or Bubastite Dynasty (945-715 BCE), this goddess began to be depicted with the head of a cat instead of a lioness. Additionally, she came to be known as ‘Bastet’ a powerful protector deity.
For more interesting facts about Bastet please click on this link: Bastet Facts

Bastet, or Bast, was a cat goddess and the patroness of pregnant women. She loved music and dance which made her festival at Bubastis one of the most popular festivals in Egypt. According to records, her festivals had as many as 700,000 attendees. The Egyptians regarded Bastet as the personification of the sun’s beneficial powers. Her depictions show her as either a woman with a cat’s head or as a cat and people mummified cats in her honor.

To read a general description of Bast and other important Ancient Egyptian deities lease click on the following link: Bastet

Bast (known as “Bastet” in later times to emphasise that the “t” was to be pronounced) was one of the most popular goddesses of ancient Egypt. She is generally thought of as a cat goddess. However, she originally had the head of a lion or a desert sand-cat and it was not until the New Kingdomthat she became exclusively associated with the domesticated cat. However, even then she remained true to her origins and retained her war-like aspect. She personified the playfulness, grace, affection, and cunning of a cat as well as the fierce power of a lioness. She was also worshiped all over Lower Egypt, but her cult was centred on her temple at Bubastis in the eighteenth nome of Lower Egypt (which is now in ruins). Bubastis was the capital of ancient Egypt for a time during the Late Period, and a number of pharaohs included the goddess in their throne names.

Her name could be translated as “Devouring Lady”. However, the phonetic elements “bas” are written with an oil jar (the “t” is the feminine ending) which is not used when writing the word “devour”. The oil jar gives an association with perfume which is strengthened by the fact that she was thought to be the mother of Nefertum (who was a god of perfume). Thus her name implies that she is sweet and precious, but that under the surface lay the heart of a predator. Bast was depicted as a cat, or as a woman with the head of a cat, a sand cat or a lion. She is often shown holding the ankh (representing the breath of life) or the papyrus wand (representing Lower Egypt). She occasionally bears a was-scepter (signifying strength) and is often accompanied by a litter of kittens.

To read the rest of this article on Bast please click on the following link: Bast