Since at least the 1970’s people have been arguing that Wiccan-Witchcraft has continually misrepresented its self and is not really “old.” Much of the blame for that misrepresentation tends to be laid at the feet of Gerald Gardner (1884-1964), the world’s first modern self-identifying public Witch. Gerald, according to some, “made it all up” which makes it illegitimate or somehow “less real” than other forms of Witchcraft and/or Paganism.

I wrote a book called The Path of Paganism. The irony is that once you get past the beginner stage, you realize there are many Pagan paths, not just one. Like a lot of people, I started out with Wicca – that didn’t work for me. Eventually I found Druidry, and through Druidry I found the ancestral, devotional, ecstatic, oracular, magical, public, Pagan polytheism I practice today. 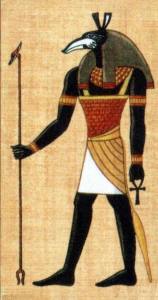 To see more pictures of set or Seth from Bing.com please click on this link: Seth or Set

Seth (aka Set, Setesh, Sutekh or Setekh) was the god of evil and darkness. He was the adversary of Horus and everything that was good. Except for the red crown, people regarded the color red as an evil color because of its connection to Set. He was associated with war and strength, storms and deserts

The Egyptian God Seth is also known as the god of chaos. According to popular Egyptian mythology it would certainly seem that he created plenty of mayhem. Scholars believe Seth’s cult was one of the oldest in Egypt. Some pharaohs honored him and used his name as part of theirs during certain periods.

Who was the God Seth?

The Egyptians’ concept of Seth changed over time. At first, the Egyptians saw Seth as a beneficial god. They believed he lived in the realm of the blessed dead. Seth was a god the Egyptians prayed to so he would help their dead family members.

After a time, the priests of Horus came into conflict with Seth’s adherents. Scholars believe Horus’ followers subjugated Seth’s. Then Seth’s role in the Pantheon changed. He became the polar opposite of Horus.

To read the rest of this article please click on this link: Set or Seth

Some of the first people ever to stumble upon prehistoric fossils lived in Egypt 3,300 years ago. Their story likely started with a sandstorm. Some strong wind rose up and blew the desert sands away, exposing a secret hidden underneath: the hard, pitch-black bones of what looked like a gigantic monster.

We can only imagine what must have gone through the minds of the men who found them. They didn’t write a word about it – or, if they did, it’s been long lost to the decay of time.

All we know is what they left behind: a tomb filled with prehistoric fossils, some of them as much as two million years old, hidden until 1922 AD.

It’s a fascinating mystery that we’re only starting to unravel today. We don’t know for sure what sense they made of the bones of the massive prehistoric giants that they found. Slowly but surely, though, archaeologists are unraveling a few clues.

Set (Seth, Setekh, Sut, Sutekh, Sety) was one of the most ancient of the Egyptian gods and the focus of worship since the Predynastic Period. As part of the Ennead of Heliopolis he was the son of Nutand Geb and the brother of Osiris, Horus the elder, Isis and Nephthys. He was a storm god associated with strange and frightening events such as eclipses, thunderstorms and earthquakes. He also represented the desert and, by extension, the foreign lands beyond the desert. His glyph appears in the Egyptian words for “turmoil”, “confusion”, “illness”, “storm” and “rage”. He was considered to be very strong but dangerous, and strange. However, he was not always considered to be an evil being. Set was a friend of the dead, helping them to ascend to heaven on his ladder, and he protected the life giving oases of the desert, and was at times a powerful ally to the pharaoh and even the sun god Ra.

The earliest representation of Set can be found on a carved ivory comb from the Amratian period (Naqada I, 4500BC – 35BC, orthodox dates) and he also appears on the famous Scorpion mace head. His worship seems to have originated in one of the most ancient settlements in the town of Nubt (Kom Ombo), in upper (southern) Egypt. Nubt (near modern Tukh) lies near the entrance to the Wadi Hammammat, the doorway to the eastern desert and its gold deposits, and the city took its name from the word for gold, Nbt (which also means ruler or lord). As a result Set was sometimes called “He of gold town”. Nubt was the most important of the ancient settlements, and was located close to the site of the Naqqada settlement from which this early culture takes it name. Pre-dynastic worship of Set was also evident in the 19th and 19thNomes of Upper Egypt.

To read the rest of this article please click on the following link: Set or Seth

Set or Seth was the ancient Egyptian god of the desert, darkness, and chaos. He was famous for murdering his own brother Osiris, the god of fertility. Know more about this powerful and mysterious god of Egypt, by going through this SpiritualRay write-up.

Egypt, the mention of which brings to the mind the fascinating world of pyramids and mummies, and the captivating tales of mythical gods. Among these gods and goddesses, one of the most powerful gods of the ancient Egypt was Set or Seth, the god of desert, storm, darkness, and chaos. His immense power and strength brought him the epithet ‘His Majesty’, which besides him was only applicable to Ra, the Sun god. Set was the mighty lord of the Upper Egypt and Ombos, situated on the western banks of the River Nile. It was the center of his cult. Set was considered infertile, just like the desert.

Set – The God of Desert, Darkness, or Chaos

In Egyptian art, Set is often portrayed as the strange and mysterious creature, known as Set animal. Sometimes, he is shown having a canine body with a curved snout, square ears, and forked tail, while at other times, he is portrayed as a human body with a head that contains the features of the set animal. The features of this mythical god do not seem to resemble any specific animal. Rather, they can be regarded as a composite of aardvark, donkey, and jackal.

To read the rest of this article please click on this link: Set or Seth