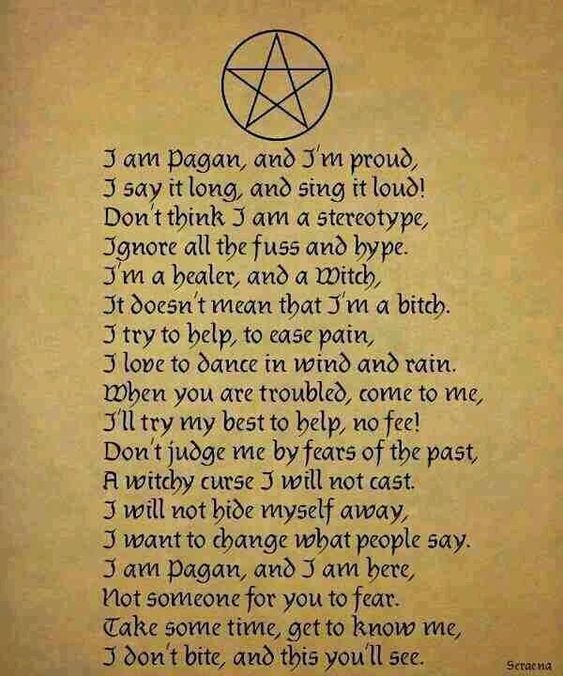 She was known as the mother of god and the daughter of god, the eye of god, the creatrix of the rays of the sun, the embodiment of the circular essence of life. She was the Lady of the Limit or the one who spreads to the edge of the universe and the Lady of the West who welcomed souls to the afterlife. She was the goddess of fertility and assisted women in childbirth. She was Hathor the Celestial Cow whose legs formed the pillars of the sky and the Milky Way ran across her belly

It is  believed that the worship of Hathor dates to pre-dynastic times and in fact she may represent many of the earlier original female deities such as Bat, Sekhmet and others all combined into one figure. Female deities gradually became less important as complex agrarian society became predominate and the emergence of the ever increasing ownership of both goods and land exalted the male gods who represented power through physical strength. Male domination of society pushed the sacred feminine aside and began the systematic removal of the sacred feminine from virtually every religion on earth. When the gods are no longer female then human females have less power or no power, they are second to the male who is in the image of the divine but it was not always this way, once there was balance and many of the earliest deities were seen as having a dualistic nature embodying both the masculine and the feminine. The worship of Hathor paints a vivid picture of this type of transition, from the temple of the greatest god, the mother of all to the modern perception of a cult of tattooed prostitutes.

To read the rest of this article please click on the following link: Tattooed Priestess of the Goddess Hathor

Hathor was a cow goddess and a cosmic goddess. She nourished all life with her milk and her name meant “House of Horus”. Some legends, name Hathor as the consort of Horus and she formed a Triad with him and their son Ihi.

Hathor was one of the most popular deities in ancient Egypt, worshiped by everyone from the pharaoh to commoners. The origins of her cult are unknown but scholars believe her worship began before the beginning of the dynastic period. She was the ancient Egyptian goddess of love and the Greeks associated her with the goddess Aphrodite. Hathor personified joy and motherhood as well as love.

She was the goddess of dance, foreign lands and music as well as being the patron goddess of miners. Hathor was the fertility goddess who helped women in childbirth. The Egyptians associated Hathor with the Milky Way which they called the Nile of the sky. They also called her the “Mistress of the West” and believed she welcomed the dead into the Tuat.

To read the rest of this article please click on the blue colored link above.

Hathor is one of the most famous goddesses of Ancient Egypt. She was known as “the Great One of Many Names” and her titles and attributes are so numerous that she was important in every area of the life and death of the ancient Egyptians. It is thought that her worship was widespread even in the Predynastic period because she appears on the Narmer palette. However, some scholars suggest that the cow-headed goddess depicted on the palette is in fact Bat (an ancient cow goddess who was largely absorbed by Hathor) or even Narmer himself. However, she was certainly popular by the Old Kingdom as she appears with Bast in the valley temple of Khafre at Giza. Hathor represents Upper Egyptand Bast represents Lower Egypt.

She was originally a personification of the Milky Way, which was considered to be the milk that flowed from the udders of a heavenly cow (linking her with Nut, Bat and Mehet-Weret). As time passed she absorbed the attributes of many other goddesses but also became more closely associated with Isis, who to some degree usurped her position as the most popular and powerful goddess. Yet she remained popular throughout Egyptian history. More festivals were dedicated to her and more children were named after her than any other god or goddess of Ancient Egypt. Her worship was not confined to Egypt and Nubia. She was worshipped throughout Semitic West Asia, Ethiopian, Somlia and Libya, but was particularly venerated in the city of Byblos.

To read the rest of this article please click on the following link: Goddess Hathor 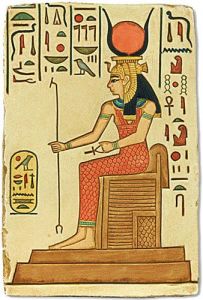 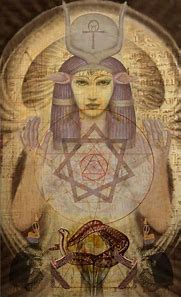